Cool, thoughtful and smart articles, art, analysis and research on the Antarctic and Arctic out there: Gender on Ice, in S&F (The Scholar & Feminist Online webjournal) published by Barnard Center for Research on Women, 2008. Guest edited by Lisa Bloom, Elena Glasberg and Laura Kay. See the stunning gender on ice gallery. 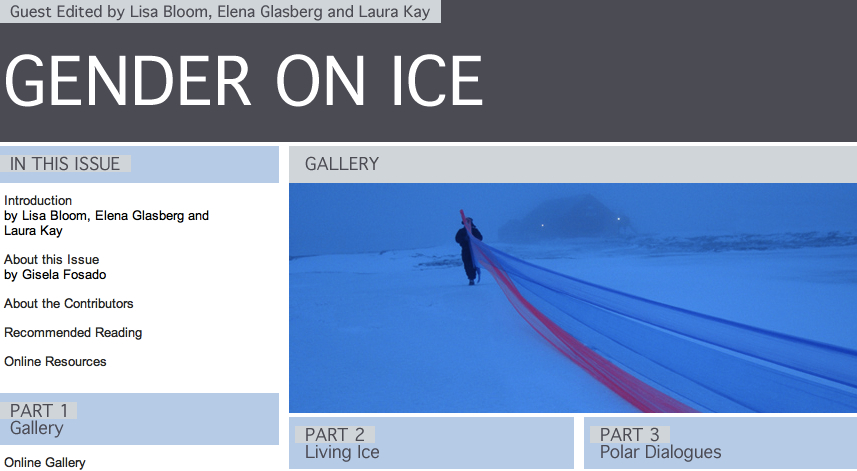 Check out Laura Kay’s interview with Barbara Hillary, the first black woman to physically go to the Geographic North Pole in 2007 (and the Antarctic in 2011 at age 75) and her challenges and triumphs in “What it Takes to Get There”. Barbara shares her mantra to “make your own window clean before you criticize others” and mentions a great quote from Paul D. Miller (DJ Spooky) on “urban deprogramming” in the Antarctic.  It did and does take a hell of a lot to get to the Antarctic. For some it’s harder or way less accessible than others due to gender, race, class and more. I think for many of us lucky to have been there want to share even a part of what we saw, heard, did, felt, smelled and tasted. It’s our duty–I sometimes question if humans should go, if we should have gone. We did though. 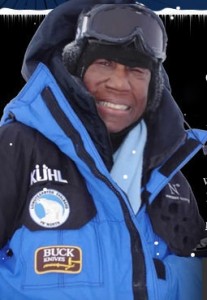 Some artists who go to the Antarctic have been linked with national endeavors (including in early expeditions for ‘empire’) and scientific (at times military or quasi-military government) polar programs as artists in residence. I can’t say I observe nationalism in Antarctic art, especially photography since it is so relatively new. Except perhaps for the perfunctory century old flag-at-the-pole photos. But how could I criticize a ‘been there’ picture documenting an irrefutable feat and recognizing the ‘sponsor’. In contemporary and even early art of the Antarctic I observe awe, reflection, intelligent care, gentle pride, warnings or irony. New Zealand and Australian’s artists (Lisa Roberts: terrific) might have Antarctica more focused or ‘real’ in their minds’ eye or have produced relatively more “Antarctic” art since the continent is geographically closer and likely there are more people from their small nations who have been to the Antarctic vs. nations like the US or Canada. Having said that, this is a rocking major project by American artist Lita Albuquerque called Stellar Axis. http://www.stellaraxis.com/

“The Stellar Axis Expedition included a team of experts, researchers and artists with Albuquerque at the helm.  Their purpose was to pursue and materialize an artwork and ephemeral event on a scale and in a place that was completely unprecedented ... sweepingly powerful, poetic and concrete gesture that materialized our often unseen relationships to our planet, our universe and ourselves”.

I liked how on our VIEW Foundation clean-up project, Wendy was known as cook and artist. A bonus. No fuss about titles.  She was not attached to an official national program, apart from being Canadian, hosted by Russians, on an ‘international’ island “owned” by no-one. Wendy made art in food, gestures and the sometimes delicate dance of gender, class and international relations.  She conceived an art project over that summer but you’re going to have to wait for the book to get a glimpse of it.  Some Russians gave gifts of beautiful unique objects-decorated earrings and drawings.

Discuss: Imagining Antarctica and images of Antarctica. Several smart and traveled Canadians have asked me, “How cold was it up there?”  Typically Canadian—obsessed with the weather—but atypically geographically-challenged. We think Arctic when we think of the poles perhaps because we are inclined, I suggest, to think ‘up North”.

Wendy Trusler, Antarctic Book of Cooking and Cleaning co-writer, visual artist, cook & food stylist extraordinaire has been busy these past days with another of her projects: a performance residency at the Thomas J. Bata Library and Peter Gzowski College at Trent University, Peterborough:

“Part art installation, part performance residency and part travelling archive, Voices at Hand is an ongoing project examining the essence of why we keep letters. Unpredictable and spontaneous, personal yet wonderfully public; artist Wendy Trusler’s blog posts chronicle her day to day finds from one city to the next.”

She read an unsent letter she wrote in Antarctica to iconic Canadian broadcaster Peter Gzowski when he was alive and CBC’s Morningside host.  It never got to him but it has been heard.  Wendy collects letters, does this clever and witty categorization of them, reads some gems live and for this Voices at Hand residency did a subversive act: she provided pens paper and stamps and encouraged students to write old-school. 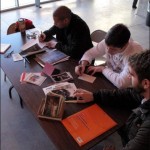 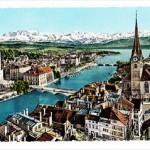 Thank goodness she collects, keeps and publicly explores things like such letters and scraps of paper such as one with a Caipirinha recipe a Glaciologist’s scrawled on it that will be part of our upcoming Antarctic food and cultural history book.

“Dear, it is not easy to write because of the cold – 70 degrees below zero and nothing but the shelter of our tent. You know I have loved you; you know my thoughts must have constantly dwelt on you… the worst aspect of this situation is that I shall not see you again – the inevitable must be faced.”