Project Habakkuk: what not to hide in an iceberg

Investigating the Arctic and Antarctic you discover  unusual things about where humans have put energy, intelligence, innovation and money. This is plain crazy, where glaciology & warcraft met during WWII. Canadian engineers in Jasper helped build a model ‘iceship’ for the Brits.

Project Habakkuk was a plan by the British in World War II to construct an aircraft carrier out of pykrete (a mixture of wood pulp and ice), for use against German U-boats in the mid-Atlantic, which were beyond the flight range of land-based planes at that time.

The idea came from Geoffrey Pyke who worked for Combined Operations. 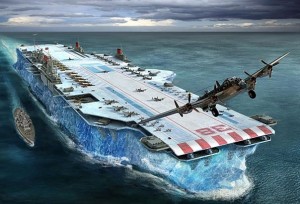 Pyke conceived the idea of Habbakuk while in the US organising the production of M29 Weasels for Project Plough, a scheme to assemble an elite unit for winter operations in Norway, Romania, and the Italian Alps.[1] He had been considering the problem of how to protect seaborne landings and Atlantic convoys out of reach of aircraft cover. The problem was that steel and aluminium were in short supply and required for other purposes. Pyke realized that the answer was ice, which could be manufactured for only 1% of the energy needed to make an equivalent mass of steel. He proposed that an iceberg, natural or artificial, be levelled to provide a runway and hollowed out to shelter aircraft. From New York, Pyke sent the proposal he had composed on Habbakuk via diplomatic bag to COHQ with a label forbidding anyone apart from Mountbatten from opening the package. Mountbatten in turn told Churchill about Pyke’s proposal, who was enthusiastic about it.[2]

Pyke was not the first to suggest a floating mid-ocean stopping point for aircraft, nor even the first to suggest that such a floating island could be made of ice: German scientist Dr. Gerke of Waldenberg proposed the idea and carried out some preliminary experiments in Lake Zurich in 1930.[3] The idea was a recurring one: in 1940 an idea for an ice island was circulated round The Admiralty but was treated as a joke by officers, including Nevil Shute, who circulated a memorandum that gathered ever more caustic comments. The document had to be retrieved just before it reached the Sea Lord’s inbox.[4]

Further reading: Perutz, M. F. (1948). “A Description of the Iceberg Aircraft Carrier and the Bearing of the Mechanical Properties of Frozen Wood Pulp upon Some Problems of Glacier Flow”. The Journal of Glaciology 1 (3): 95–104.

I appreciate Antarctica is preserved for peace and science under the Antarctic Treaty (1959) so we can now learn more about the earth’s ecosystem and less about camo aircraft shelters.

If you’re in Buenos Aires, go see this Exhibition on Polar Art at the Tigre Art Museum, or look at some of the images online on Antartida Urbana’s site. 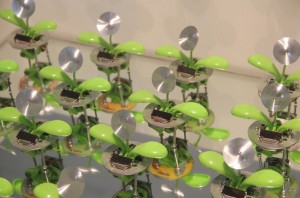 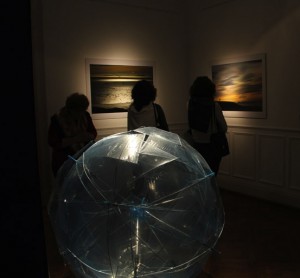 In early September the IV Antarctic Art and Culture conference and festival was held in Buenos Aires, Argentina, “Antarctic Art, Science, People and Polar Dialogs”. I love and slightly fear the progression of visual representations of the Poles. So much beauty, light, good research and cooperation and also warnings about human behaviour.  What are these green looking alfalfa sprouts? Are they growing crops now in Antarctica. I joke, but the warming is changing what animals and plants live where and how.  The earliest Antarctic artists were amazed at the natural landscape, the light and sky, such as Edward Wilson. One of the participating contemporary artists in this festival, Andrea Juan, we are in touch with about our book, The Antarctic Book of Cooking and Cleaning.  And a beautiful piece from co-author Wendy Trusler’s exhibition Antarctic Chronicles will appear in our version of a “polar record.” How do you imagine Antarctica? 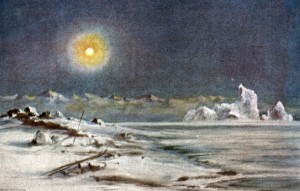 Dr Edward Wilson, April-June 1911. He would have to paint indoors as outdoors his watercolours would freeze 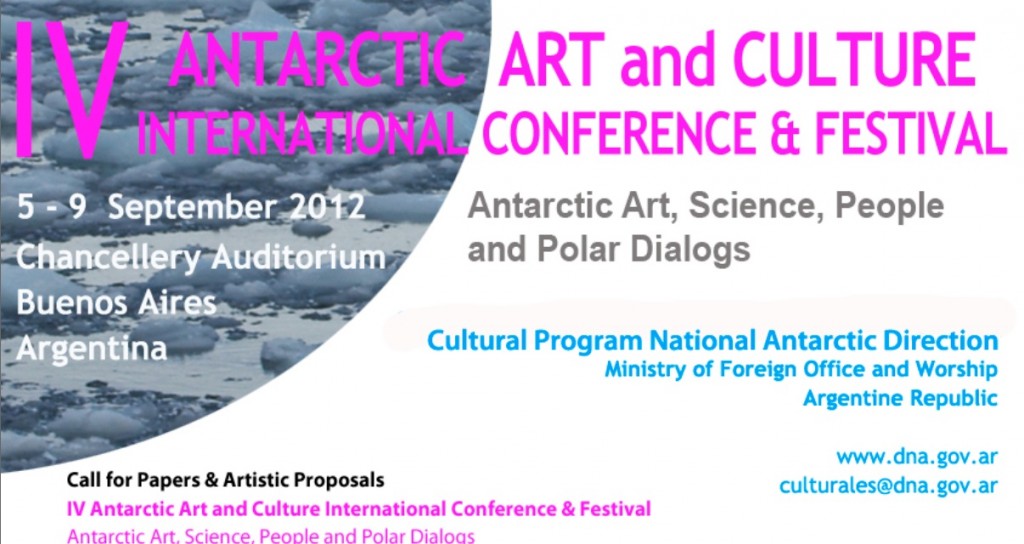