Wendy Trusler & Carol Devine are delighted to be part of the Prince Edward County’s Authors Festival in Picton, Ontario. April 12. We are reading from The Antarctic Book of Cooking and Cleaning. 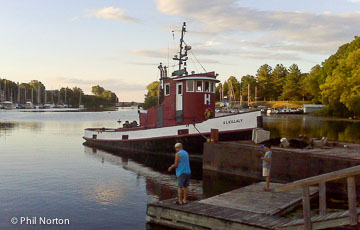 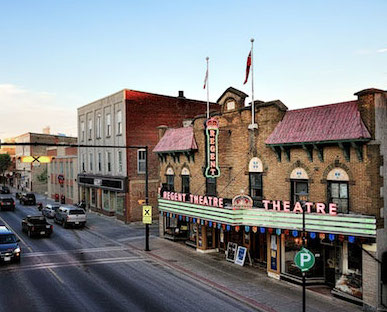 This gorgeous part of Ontario is where sustainable localvore eating (wineries and brewing too), living and exploring nature has made its mark. Thank you PEC Authors Festival, Books & Company and David and Barbara Sweet for having us.

There’s a beautiful journal The Calvert that revisits Stalin’s iconic yet disturbingly false cookbook. The story is by Maryam Omidi.

“Part-propagandist tome, part-cooking manual, the Soviet Book of Tasty and Healthy Food has sold more than eight million copies since it was first published in 1939. But how do the recipes fare today?”

The book “was curated by the People’s Commissar of the Food Industry Anastas Mikoyan, a mustachioed Armenian who introduced ketchup and kornfleks to the Soviet Union following a three-month trip to the US in 1936. The visit to the heartland of capitalism was a fruitful one. Mikoyan returned with the technical know-how and equipment to produce machine-made ice-cream and hamburgers — the buns, writes Anya Von Bremzen in her recently published memoir Mastering the Art of Soviet Cooking, were dispensed with during World War Two. The result was kotlety, a Russian dish much-loved today. As well as recipes from across the Soviet Union, which aimed to propagate a narrative of cultural harmony, Mikoyan’s cookbook pontificates on hygiene, etiquette and nutrition. There’s even a chapter with a long list of salubrious dishes for those with any number of ailments from bowel disorders to liver disease.” 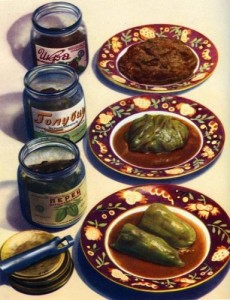 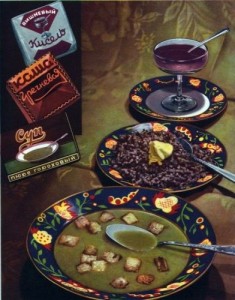 Russia’s Bellinghausen station was opened in 1968, one of the first Soviet scientific stations in Antarctica at the time created by the Soviet Antarctic Expedition. Wendy and I were at Bellinghausen for the joint Russian-Canadian clean-up project in 1995-1996. Russia was newly independant when we got there but the remnants of Soviet times were still near – especially the decor: the main buildings were still the 1968 vintage and even the remaining secret radio room that became Wendy’s kitchen pantry. It had an awesome “hidden” door with shelves on it to trick the visitor. Wendy’s bread-making lessons with Valodya would have definitely had Soviet cookery influence. He made amazing large batches of bread and hearty meals for the 16 plus the odd guests at the base that austral season. But times were changed, perestroika had come and Russia had its first independent elections in 1991. We arrived during a new election in December, 1995.

The author Omidi in the Calvert Journal article on the soviet cookbook decided to cook a three course meal from the book, with variety. “Oftentimes, this is overlooked. Not all housewives take the time and effort to make a plan for food preparation in advance. Mostly they only have around ten or 12 dishes that they alternate throughout the years, and the family receives monotonous meals.”

Lest we forget Stalin’s terror:

“The book overlooked the fact that Stalin’s policy of enforced collectivisation had sparked a series of food crises including a year-long famine in 1932 that precipitated an estimated seven million deaths in the Soviet Union. ‘The book was a fantasy of society but people perceived it for what it was,’ says Von Bremzen.” 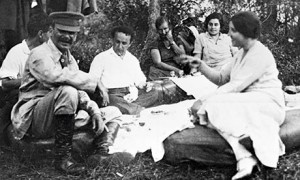 Kitchen tyrant … Stalin on a picnic at his dacha in the 1930s. Photograph: RIA Novosti/Alamy from guardian.com

Read more about the meal in the journal. 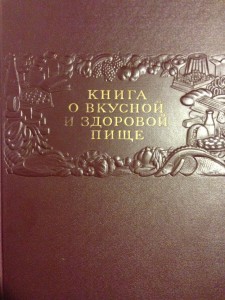 The Financial Times Food and Drink section did a great piece on this Soviet Cookbook on August 16, 2013 by Polly Russell calling it a “culinary fantasy of recipes” from across the USSR such as caviar from the Far East to kharcho (spicy Georgian soup).

This is the contemporary Soviet cookery book you actually want to read (and can acquire) Anya von Bremzen’s  Mastering the Art of Soviet Cooking: A Memoir of Food and Longing “is not a cookbook, nor is it a one dimensional Julia Child joke. It is rather a memoir disguised as a cookbook and a joke about a cookbook. It’s also a thousand other things, multi-dimensional and laden with irony and intelligence, history and humour.” LA Weekly. 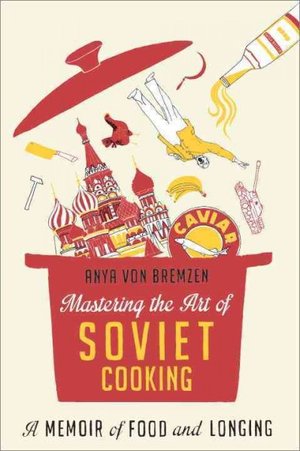