We are honoured to be in fantastic company in the Taste Canada 2014 Culinary Narrative category. Awards October 20, Toronto.

“Appealing recipes and beautiful food images, photos from the trip and historical pictures rounded out the book.” “Came back to this book repeatedly, finding little gems I missed . . . and I’m still going back for more.” – The jury 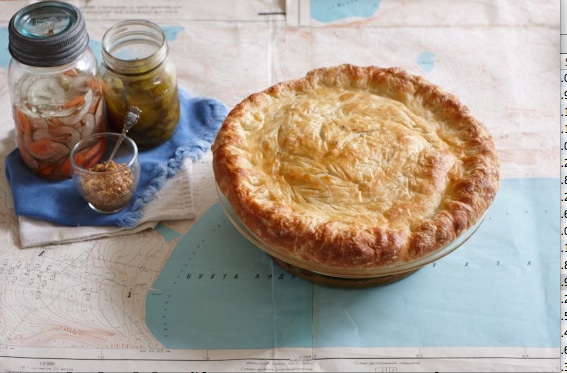 August 5, 2014—Taste Canada―The Food Writing Awards drew 59 submissions this year, an eclectic collection of everything culinary from the Antarctic to Alice in Wonderland.  The winners will be announced, together with the names of the jurors, at the Award Ceremony and Gala Reception on Monday, 20th October, at the Arcadian Court in Toronto.

Taste Canada is delighted to announce that Gusto TV (gustotv.com), Canada’s new Food & Lifestyle channel, has joined the 2014 awards as the Presenting Sponsor and exclusive Media Partner. Gusto TV will offer exposure of the awards to a television audience of more than 4 million households across Canada. Gusto’s digital and social media platforms will also feature profiles of individual books, authors and recipes, as well as media coverage of the awards and winners.

Taste Canada—The Food Writing Awards is a not-for-profit organization founded in 1998 that recognizes and celebrates superior writing and publishing throughout Canada’s culinary world, both English and French. The Taste Canada Awards are the highest honour for food writing in the country. Presented in Toronto each fall, these awards are a unique cultural, social and gastronomic highlight.

This year the Gala and Fundraiser will be held at Oliver & Bonacini’s  Arcadian Court, on October 20th. Tickets will go on sale in September. For more information, please visit www.TasteCanada.org.

The short lists in award category:

Jolicoeur, Claude.  Chelsea Green Publishing. Author Claude Jolicoeur is an internationally known, award-winning cider maker with an inquiring, scientific mind. His book combines the best of traditional knowledge and techniques with up-to-date, scientifically based practices to provide today’s cider makers with all the tools they need to produce high-quality ciders.

The Stop: How the Fight for Good Food Transformed a Community and Inspired a Movement.  Saul, Nick and Andrea Curtis.  Random House Canada.

In telling the remarkable story of The Stop’s transformation, Saul and Curtis argue that we need a new politics of food, one in which everyone has a dignified, healthy place at the table. By turns funny, sad and raw, The Stop is a timely story about overcoming obstacles, challenging sacred cows and creating lasting change