Penalty The world. Mandy Barker’s evocative images of how we pollute

It’s happened before: beautiful things are made from awful things in culmination. Let this horror/beauty inspire. Mandy Barker‘s series of art, plastic pieces she collected and photographed thematically on a dark background are genius and captivating testimonials of waste. Her layouts are intricate. The captions that go along also tell us how we’ve forgotten to use biodegradable, natural wrappers and holders etc in exchange for disposable plastic: the loss of how to live in concert with nature and inspiration to live lightly again. Our laziness: one use lighters. Read more in the Smithsonian Magazine:

“Britain-based artist Mandy Barker photographed plastic from Hong Kong beaches and layered her images for a phantasmagorical, deep-space eeriness. “I wanted to create the feeling of no boundaries,” she says, “because plastic just goes on and on.” She didn’t have to spend long collecting enough garbage to make her pieces.” 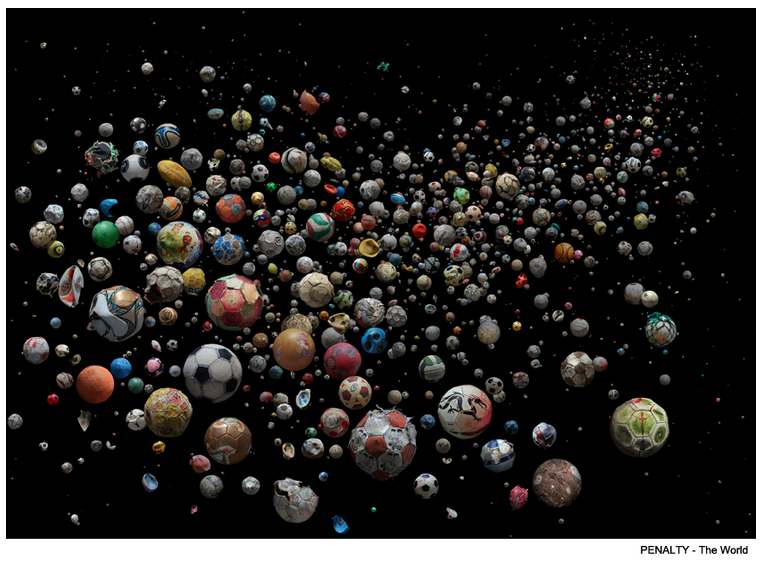 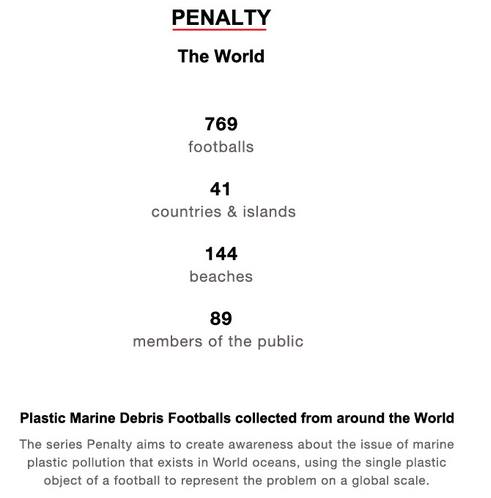 from her website: Mandy’s current photographic projects have been focused on the representation of material debris in the sea and more recently on the mass accumulation of plastic in the world’s oceans. The impact of oceanic plastic is an area Mandy has been committed to for many years and is continuing to pursue through innovative visual interpretation. Mandy has been nominated in 2012 and 2013 for the prestigious Prix Pictet Award, the world’s leading photographic award in sustainability. Mandy talks internationally about her work and in November 2013 was invited to speak at The Plastic Free Seas Youth Conference in Hong Kong. In May 2014 Mandy was the resident artist at The Sirius Arts Centre Cobh Cork Ireland where she began a new series of work to highlight the marine debris issue in and around Cork Harbor. Her recent work PENALTY was featured as part of The Guardian Eyewitness series. 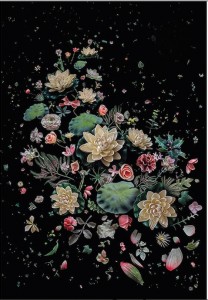 Today is a day to celebrate the biosphere and all its beauty that makes us alive. Happy Earth Day all our ABCC friends and beyond.

It’s easy to lose count of the days dedicated to worthy, urgent, lifesaving and preserving issues. We need a year millions of days long to begin to remember, celebrate, advocate, honour, fight for people, places, endangered species, resources and more.

Three things to love about Antarctica, amidst countless other invaluable celebrations:

Meliors Simms : Living in the Anthropocene 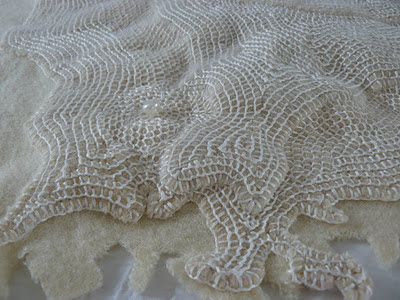 “During the months I spent hand embroidering the continent of Antarctica I read a lot of Antarctic literature and learned about Amundsen. Pulling my needle in and out across the contour lines of the Axel Heilberg Glacier and across the polar plateau was a way of honouring this extraordinary man and the journey he started out on with seven other men and 86 dogs.”

Roald Amundsen and team were the first to reach the South Pole on Dec 12, 1911. “The rails of science are laid,” said Fridtjof Nansen of Amundsen’s incredible feat.

Ptolemy imagined Antarctica way back in early BC, a counterpart to the Arctic – ἀνταρκτική, in Greek.

In 650 AD, according to Rarotongan legend, a Polynesian navigator named Ui-te-Rangiora sailed so far south that he reached a place where the sea was frozen.

This was still long before the continent was spotted in 1821 by Bellingshausen, the namesake of the Research Station where Wendy and I were based for the civilian cleanup in 1995/6. We were on an island not far from what painter Ernest Goupil painted Elephant Island. Goupil accompanied France’s Dumont d’Urville on his Antarctic voyages of 1838-40. How lucky were we to work with the VIEW volunteers, the Russian Antarctic Expedition, neighbours on King George Island, to be safe, well – grâce à Wendy our resident cook and artist-in-residence – and make a small contribution to raising awareness and helping keep Antarctica clean. Our story is The Antarctic Book of Cooking and Cleaning (HarperCollins) 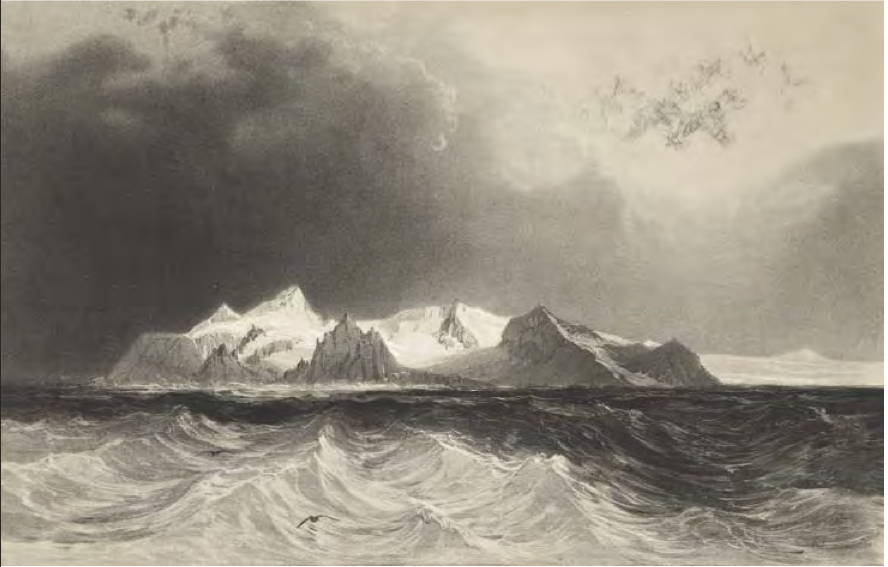 Humans can imagine many good things and imagination, inquiry and perseverance are some of the better human qualities.

2) Law and Governance of Antarctica: Model cooperation and protection

The Antarctic Treaty, the Madrid Protocol, the Montreal Protocol, efforts to create Marine Protected Areas: what these have in common are learnings on something valuable and urgent about Antarctica, such as its waters regulating temperatures, its ecological treasures and resources that are part of the common heritage of humankind, followed by policy and lawmaking action. Imagine we not only imagined a continent that is beautiful and a balancing place, but in 1959 12 countries dedicated it to peace and science. Then governments banned mineral extraction and nuclear dumping, environmental protection and more – lets ensure those protections remain. We need to also preserve the Ross Sea as Lewis Pugh is tried to do in his Five Swims campaign. 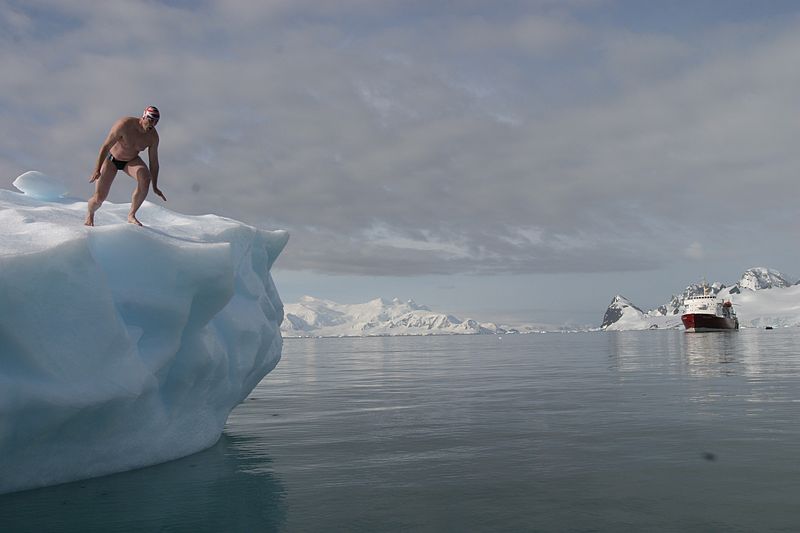 3) There is much more to learn from Antarctica about earth history, climate history to inform and inspire us

This is the first image of the watery world beneath Antarctica’s glaciers (2013). It’s amazing science, discovery and innovation to be able to see this merky picture. 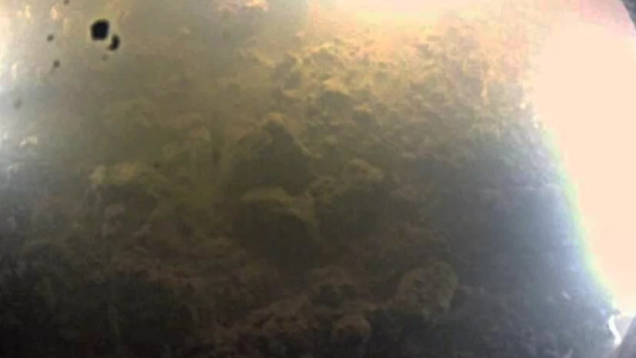 “The Micro-Submersible Lake Exploratiobular device about the size of a baseball bat that took the unprecedented trip to the unexplored abyss earlier this month, under the guidance of researcher Alberto Behar from NASA’s Jet Propulsion Laboratory. Connected to a “mothership” by nearly a mile of cable, the sub was able to return a few images of the sub-glacial pool.” from Gizmodo

What is next to know about Antarctic, earth and thus ourselves will unfold but here’s to Antarctica and earth.