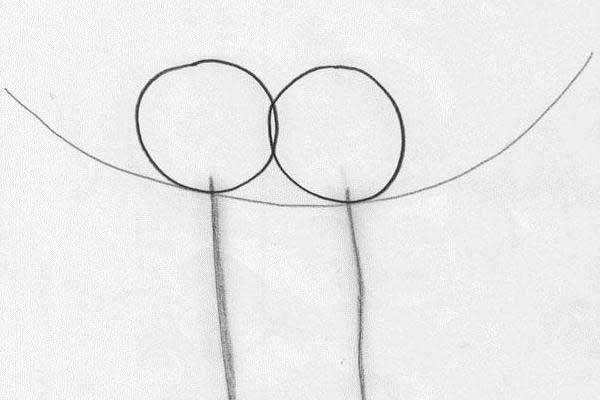 “deer jorn,” he wrote, “i just had an idea for the piece at the luminato festival. its based on a margaret atwood novel i remember reading when i was 8 years old. take a public square in toronto that has trees in it. fill the plaza with tapiaco powder so it looks like freshly fallen snow in summer. have an 8-year-old boy and an 8-year-old girl holding hands and dressed simply in all white. they make snow angels for eight minutes.”

The tree-filled “plaza” envisioned by Koh is at the elegant grounds of Kleinburg’s McMichael Canadian Art Collection. Each evening, preceded by events in the gallery’s foyer, Koh’s magical flight of fancy briefly becomes reality, before disappearing into the landscape, as snow angels do.

a way to the light, located in the Artists’ Cemetery on the McMichael grounds, is a tribute to Canadian artist and writer Emily Carr. These commissions celebrate Koh’s first solo showing in Canada and mark the debut of a new phase of his work.

about us (from “The Art of Antarctic Cooking” The New Inquiry):

“The Antarctic Book of Cooking and Cleaning is an enjoyable glimpse into a noble endeavor undertaken in the closing years of the last century, when there still were places that seemed cut off from the rest of the world.

Devine and Trusler’s The Antarctic Book of Cooking and Cleaning illustrate the extent to which food nourishes the spirit as well as the body…Trusler’s recipes are a charming mix of her own idiosyncratic concoctions and recipes cherished and shared by her fellow activists.

In 2001 the artist David Buckland created the Cape Farewell project to instigate a cultural response to climate change. Cape Farewell is now an international not-for-profit programme based in the Science Museum’s Dana Centre in London and with a North American foundation based at the MaRS centre in Toronto.

Working internationally, we bring artists, scientists and communicators together to stimulate the production of art founded in scientific research. Using creativity to innovate, we engage artists for their ability to evolve and amplify a creative language, communicating on a human scale the urgency of the global climate challenge.

The way that we live our lives has caused the climate to change and the solution to a potentially devastating reality has become a cultural challenge. Cape Farewell asks the best of our creative minds to respond to this challenge and to build a vision for a sustainable future.

Cape Farewell is a charitable organisation made possible through sponsorship, partnerships and donations. 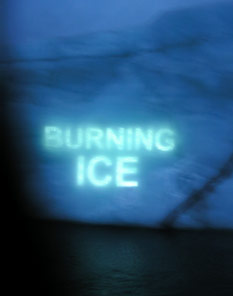