The glare of the snow north or south is serious. If you saw the movie Atanarjuat, The Fast Runner, ᐊᑕᓈᕐᔪᐊᑦ, you would have seem some good Inuit protective eyewear. 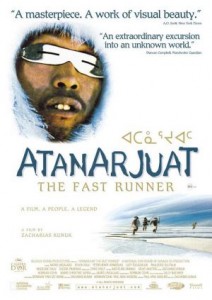 Here’s a start to the Ant/arctic eyewear collection. 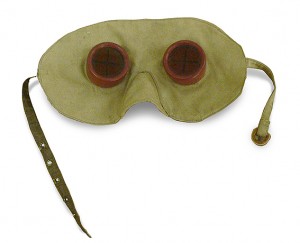 Snow goggles from one of Sir Douglas Mawson's expeditions to Antarctica Photo by Elizabeth Pascale. University of Adelaide 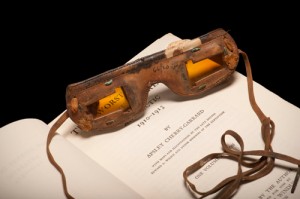 It was important for Scott to have his expedition seen as scientifically significant. To that end, he took along 12 researchers or scientists, including a bespectacled young Oxford graduate, Apsley Cherry-Garrard, who paid £1,000 pounds (equivalent to $120,000 to $150,000 today) to join as assistant zoologist. These are his snow goggles, fitted with prescription lenses, atop a copy of his book The Worst Journey in the World, which includes a harrowing account of a side trip in search of emperor penguin eggs. It became an instant classic. © Scott Polar Research Institute, University of Cambridge. From American Museum of Natural History

This glasses are made by Nganasan man. The Nganasans are one of the indigenous peoples of Siberia. They are the northernmost of the Samoyedic peoples, living on the Taymyr Peninsula by the Arctic Ocean. From Cold United Bolot 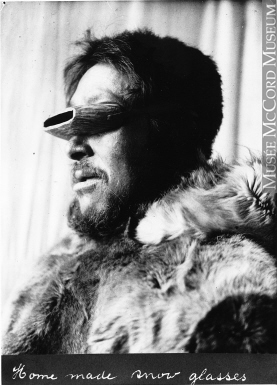 From the McCord Museum, Montreal 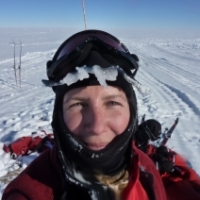