In December we celebrated with winter solstice and now it’s time to celebrate the Antarctic midwinter which is better known in North America as the beginning of summer.

In Antarctica many over-winterers don’t see the sunrise until late August and have been in 24-hour darkness since April. But today, the 21st of June is a reason to celebrate the light that is coming.

“Midwinter marks the point when we start heading back towards daylight, beginning with a glimmer of light on the horizon that gradually gets brighter and brighter. It’s been an excuse for celebration by overwinterers in Antarctica ever since Scott and Shackleton were here. In his book ‘The Worst Journey in the World’, Apsley Cherry-Garrard says of their Midwinter celebrations in 1910 ‘We are very merry – and indeed why not? The sun turns to come back to us tonight and such a day comes only once a year.” Natural History Museum, 2006.

We asked our special friends at the Arctic and Antarctic Research Institute (AARI) Lena Nikolaeva who was the Liaison Officer for the VIEW Foundation ecological expedition on which this book is based, for some words on Midwinter. Lena shared the following. It’s wonderful to be in touch with our colleagues since the making of the project together, and this book.  Without the hospitality, generosity and assistance of the Russian Antarctic Expedition team at Bellingshausen and the overarching support of the AARI in St. Petersburg, our Joint Russian-Canadian Ecological project wouldn’t have existed or been the humble success it was.

AARI: State Scientific Center of the Russian Federation the Arctic and Antarctic Research Institute belongs to the Russian Federal Service for Hydrometeorology and Environmental Monitoring. Organized in 1920, Russia has five scientific bases in the Antarctic year round and five temporary bases. AARI is the oldest and the largest Russian research institution in the field of comprehensive studies of the Polar Regions. 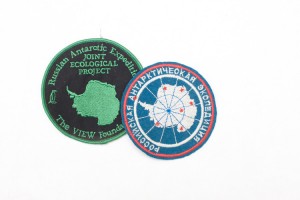 My very kind regards from St.Petersburg to you and other members of the Antarctic Midwinter Dinner of which I happened to learn. Very few people on the Earth celebrate Midwinter Day. I guess – only few in members Antarctic community which we proudly belong to and some crazy sympathizers (which we belong to as well).

It is our tradition that the dinner speech, “toast” in Russian should be short enough not to sidetrack the attendee attention from the tasteful meals and good drinks.

I’ll try to keep to the rules.

You are well aware, girls, that I am an old woman and have been working in the Russian Antarctic Expedition for over 20 years with 12 expeditions to the Ice so far. By this I want to show that I know what I am speaking about.

On the Midwinter Day of 2014 I solemnly swear that 1995/1996 summer season at Bellingshausen station was the very outstanding  in my practice and that until now  it occupies a special place in my memories. I knew then and I know now that it was due to Wendy who was lucky to become the Queen of King George island. Chileans, Chinese, Uruguayans and others were happy to be invited for dinner or tea or glass of wine. (  guess they would be happy to come for a glass of rain water).

Bellingshausen guys adored Wendy and thought of her as of “our Wendya”, by all their hearts they disapproved alien competitor’s visits and looked for every bare possibility to render a service to her.

Wendy is talented in cooking but what is more important – in attracting people around her. I do confirm this.

Once again I want to thank you both for the book which is so much “in style”. I enjoyed reading it and discovered a lot of new things which I never noticed or paid attention to or knew before.

And the last. The next Midwinter Day should be celebrated in St.Petersburg because summer equinox here is as good as in Antarctica. White nights, art exhibitions, open air concerts, opera/ballet festivals…

I love you very much, girls, and miss you and hope to meet with you one day.

Lena Nikolaeva, AARI, aboard "Akademik Fedorov" on her way from Antarctica in Feb 2011. Courtesy of Lena Nikolaeva

Victor Pomelov, a chemist by training, also works for AARI in St. Petersburg who helped in the making of the Joint Russian-Canadian Ecological Expedition with The VIEW Foundation. He recently wrote us this letter.

Many thanks for your wonderful book! I found some words about modest involvement of me in the history of its origin). Thanks for the mention! As I know this book is historically the first Antarctic cookbook! I will take advantage of it for my next expeditions).
I’m sorry I did not take part to the second season, as it was intended and not previously contributed to the cleaning and strong polar drinks recipes … Once, being a chemist, I personally prepared vodka, cranberry liqueur and polar alcoholic cocktail “white silence “(on special request)). I have long ceased to enjoy these recipes …
I heard that you are going to celebrate together soon “middle of the Antarctic winter.” This is a great holiday for Antarctic winterer, the top of the pass, after which time already rolling downhill to the long-awaited meeting with loved people.
I would like to raise a toast for the Antarctic, which united us all, and for all participants in this project, which I had heard so much of the memories of our explorers. And now I have the opportunity to learn about this “kitchen” of the wonderful book Wendy and Carol.
And, of course, a toast to Carol, for your courage and confidence in the success of this unforgettable expedition! 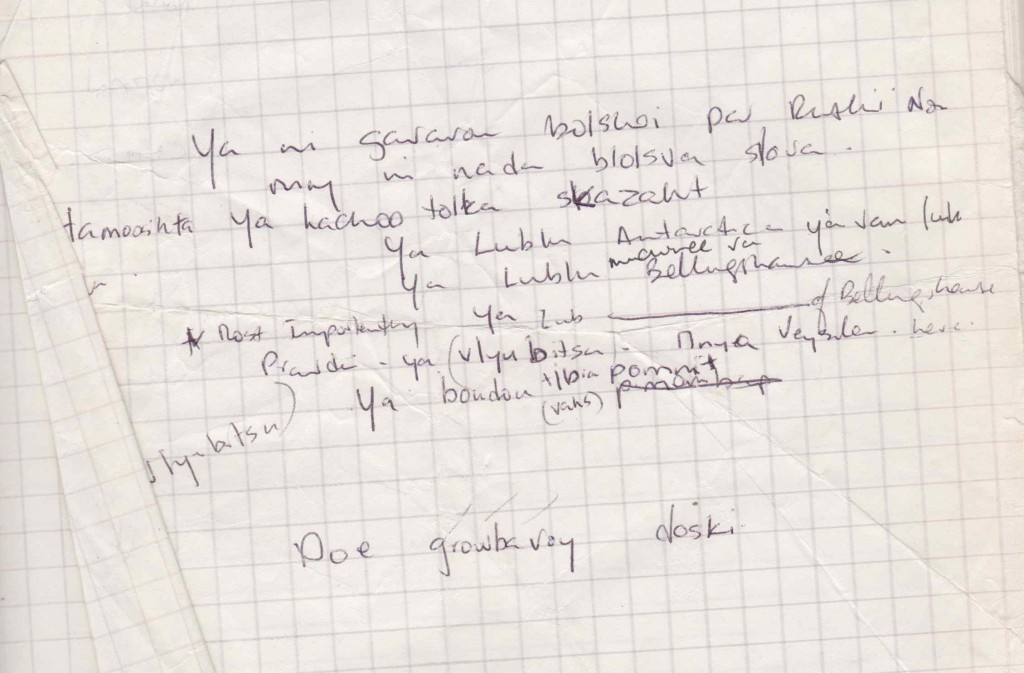 I don’t speak a lot of Russian, but I don’t need a lot of words— I only want to say:

I love  Antarctica. I love Bellingshausen. I love you.

I will remember you.

Doe growbavoy doski (Love and friendship til the coffin’s plank)