I like hearing about Antarctica, the Arctic and Africa all in one place. The southern continent with penguins (no-I’m not talking about Madagascar) at the bottom of the world is topical for students everywhere.

A year ago today in Lusaka, students spoke with a Portuguese Marine biologist Jose Xavier about his research in Antarctica. That experience and other stories about global polar learning are on the International Polar Year website.

The experience was thrilling: we discovered that youths already noticed that on average, weather conditions have changed; as they had already discussed this with their grandparents. What was lacking was the explanation as to why these changes were occurring. We also discovered that young people already understood the importance of trees, and the adverse effects of deforestation; what they didn’t know was that trees played a very significant role in reducing the level of carbon dioxide in the atmosphere.” Lucky Musonda

“We hope the massive forest plantations in the East Romania area should also protect the glaciers. National interest issues on a short and long term. We hope more oxygen from local sources could save the polar world/environment and fauna.”

The International Polar year from March 2007 to March 2009  involved over 200 projects, with thousands of scientists from over 60 nations examining a wide range of physical, biological and social research topics- an unprecedented opportunity for those young and old to demonstrate, follow, and get involved with, cutting edge science in real-time.

A great outcome was Beyond Penguins and Polar Bears a website with resources for children and students “produced at Ohio State University but relies on the findings of NFS-supported scientific research in both the Arctic and Antarctica.”

Polar Week is a mini-version of Polar Week.

Here in Canada, my kids are hearing about the Antarctic all the time. They’ve seen me recently read “Racing with Death” about Mawson, what Sir Edmund Hillary calls the greatest survival in the history of exploration, and I share with them what I’ve learn from the SAS Survival Guide 2011 (jackknives are essential items, run zigzag from large animals like hippos who cannot turn quickly–super helpful for King George Island, Antarctic Peninsula). A recent gift to my daughter was the children’s book No Return: Captain Scott’s Race to The Pole.  It was a less happy but better read than her last book, India la fée des pierres de lune.

The Scott’s story book title is a spoiler but in the other story I admit I don’t know how the girls Rachel and Karine help India la fée (the fairy) of the missing precious moonstones find them to return them to Queen Tatania’s crown.

This week I’m looking North and taking my family with me, virtually.  I want us to learn more about the North Pole. The first place we will go to check out is Beyond Penguins and Polar Bears (on bears), then we’ll go to the Inuit Knowledge Centre and Inuit Tapiriit Kanatami,  a national Inuit organization in Canada’s site, representing Nunatsiavut (Labrador), Nunavik (northern Quebec), Nunavut, and the Inuvialuit Settlement Region in the Northwest Territories.  It has a bilingual Inuktitut/English downloadable colouring book with safety and health messages for children 6 and under.

We’re worried about the changing ice, the world’s precious frozen element that looks like moonstone. The fairies, children and adults alike have to help it stop disappearing from the Queen, mother earth. 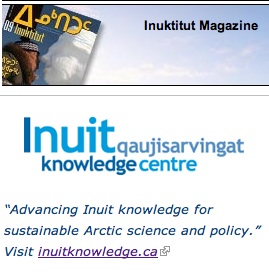 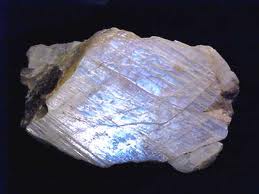